The toefl reading comprehension with examples and exercises. In this section you will read several passages. Each one is followed by a number of questions about it. Choose the one best answer — A, B, C or D — to each question. Read the questions, and then select the appropriate answer for each by clicking on it. When you have answered all the questions, click “Show all answers” at the end of the page to highlight the correct answer for each question.

Answer all questions about the information in a passage on the basis of what is stated or implied in that passage.

Look at the following examples before going on to the practice passage and questions. 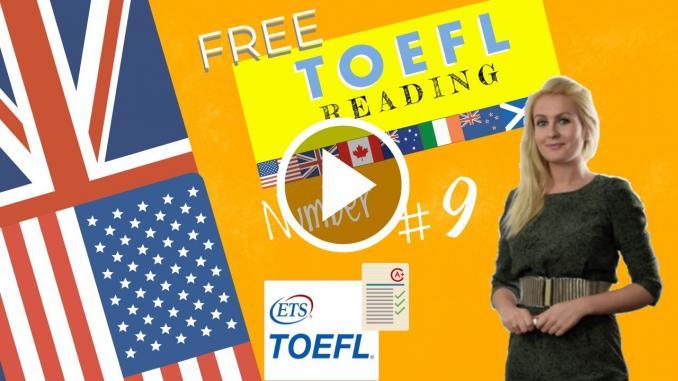 From the article “Against the Undertow: Language-Minority Education Policy and Politics in the ‘Age of Accountability'” by Terrence G Wiley and Wayne E. Wright

Language diversity has always been part of the national demographic landscape of the United States. At the time of the first census in 1790, about 25% of the population spoke languages other than English (Lepore, 2002). Thus, there was a diverse pool of native speakers of other languages at the time of the founding of the republic. Today, nationwide, school districts have reported more than 400 languages spoken by language-minority students classified as limited English proficient (LEP) students (Kindler, 2002). Between 1991 and 2002, total K-12 student enrollment rose only 12%, whereas LEP student enrollment increased 95% during this same time period (National Clearinghouse for English Language Acquisition, 2002b). This rapid increase and changing demographics has intensified the long debate over the best way to educate language-minority students.

Historically, many groups attempted to maintain their native languages even as they learned English, and for a time, some were able to do so with relatively little resistance until a wave of xenophobia swept the country during World War 1 (Kloss, 1977/1998). Other groups, Africans, and Native Americans encountered repressive politics much earlier. During the 1960s, a more tolerant policy climate emerged. However, for the past two decades there has been a steady undertow of resistance to bilingualism and bilingual education. This article provides historical background and analyzes contemporary trends in language-minority education within the context of the recent national push for accountability, which typically takes the form of high-stakes testing.

The origins of persistent themes regarding the popular antagonisms toward bilingual education and the prescribed panaceas of “English immersion” and high-stakes testing in English need to be scrutinized. As background to the contemporary context, we briefly discuss the history of language politics in the United States and the ideological underpinnings of the dominant monolingual English ideology. We analyze the recent attacks on bilingual education for what this attack represents for educational policy within a multilingual society such as the United States. We emphasize multilingual because most discussions of language policy are framed as if monolingualism were part of our heritage from which we are now drifting. Framing the language policy issues in this way masks both the historical and contemporary reality and positions non-English language diversity as an abnormality that must be cured. Contrary to the steady flow of disinformation, we begin with the premise that even as English has historically been the dominant language in the United States since the colonial era, language diversity has always been a fact of life. Thus, efforts to deny that reality represent a “malady of mind” (Blaut, 1993) that has resulted in either restrictionist or repressive language policies for minorities.

As more states ponder imposing restrictions on languages of instruction other than English-as California, Arizona, and Massachusetts have recently done-it is useful to highlight several questions related to the history of language politics and language planning in the United States. Educational language planning is frequently portrayed as an attempt to solve the language problems of the minority. Nevertheless, the historical record indicates that schools have generally failed to meet the needs of language-minority students (Deschenes, Cuban, & Tyack, 2001) and that the endeavor to plan language behavior by forcing a rapid shift to English has often been a source of language problems that has resulted in the denial of language rights and hindered linguistic access to educational, social, economic, and political benefits even as the promoters of English immersion claim the opposite.

The dominance of English was established under the British during the colonial period, not by official decree but through language status achievement, that is, through “the legitimization of a government’s decisions regarding acceptable language for those who are to carry out the political, economic, and social affairs of the political process” (Heath, 1976, p.51). English achieved dominance as a result of the political and socio economic trade between England and colonial administrators, colonists, and traders. Other languages coexisted with English in the colonies with notable exceptions. Enslaved Africans were prohibited from using their native tongues for fear that it would facilitate resistance or rebellion. From the 1740s forward, southern colonies simultaneously institutionalized “compulsory ignorance” laws that prohibited those enslaved from acquiring English literacy for similar reasons. These restrictive slave codes were carried forward as the former southern colonies became states of the newly United States and remained in force until the end of the Civil War in 1865 (Weinberg, 1977/1995). Thus, the very first formal language policies were restrictive with the explicit purpose of promoting social control.

EXERCISE for the toefl reading comprehension 1