How to improve your toefl reading score by five points. At the end of the lesson as usual there are examples and exercises. We have recorded the reading so that you can practise your listening at the same time. Good luck and do not forget to take notes. 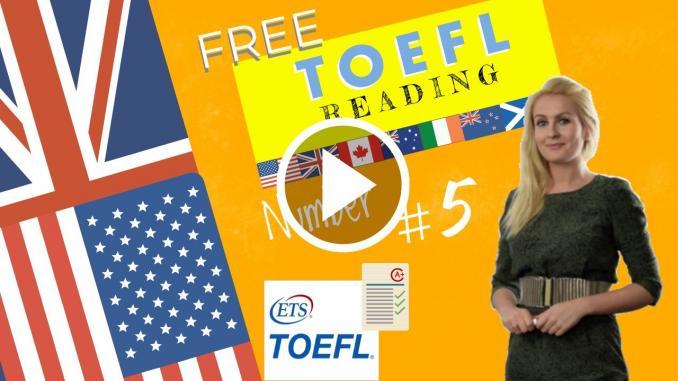 Ancient people probably assembled the massive sandstone horseshoe at Stonehenge more than 4,600 years ago, while the smaller bluestones were imported from Wales later, a new study suggests.

The conclusion, detailed in the December issue of the journal Antiquity, challenges earlier timelines that proposed the smaller stones were raised first.

“The sequence proposed for the site is really the wrong way around,” said study co-author Timothy Darvill, an archaeologist at Bournemouth University in England. “The original idea that it starts small and gets bigger is wrong. It starts big and stays big. The new scheme puts the big stones at the center at the site as the first stage.”
The new timeline, which relies on statistical methods to tighten the dates when the stones were put into place, overturns the notion that ancient societies spent hundreds of years building each area of Stonehenge. Instead, a few generations likely built each of the major elements of the site, said Robert Ixer, a researcher who discovered the origin of the bluestones, but who was not involved in the study.

“It’s a very timely paper and a very important paper,” Ixer said. “A lot of us have got to go back and rethink when the stones arrived.”

The Wiltshire, England, site of Stonehenge is one of the world’s most enduring mysteries. No one knows why prehistoric people built the enigmatic megaliths, although researchers over the years have argued the site was originally a sun calendar, a symbol of unity, or a burial monument.

Though only some of the stones remain, at the center of the site once sat an oval of bluestones, or igneous rocks (those formed from magma) that turn a bluish hue when wet or freshly cut. Surrounding the bluestones are five giant sandstone megaliths called trilithons, or two vertical standing slabs capped by a horizontal stone, arranged in the shape of a horseshoe.

Around the horseshoe, ancient builders erected a circular ring of bluestones. The sandstone boulders, or sarsens, can weigh up to 40 tons (36,287 kilograms), while the much smaller bluestones weigh a mere 4 tons (3,628 kg).

Past researchers believed the bluestone oval and circle were erected earlier than the massive sandstone horseshoe. But when Darvill and his colleagues began excavations at the site in 2008, they found the previous chronology didn’t add up. The team estimated the age of new artifacts from the site, such as an antler bone pick stuck within the stones. Combining the new information with dating from past excavations, the team created a new timeline for Stonehenge’s construction.

Like past researchers, the team believes that ancient people first used the site 5,000 years ago, when they dug a circular ditch and mound, or henge, about 361 feet (110 meters) in diameter.

But the new analysis suggests around 2600 B.C. the Neolithic people built the giant sandstone horseshoe, drawing the stone from nearby quarries. Only then did builders arrange the much smaller bluestones, which were probably imported from Wales. Those bluestones were then rearranged at various positions throughout the site over the next millennium, Darvill said.

“They sort out the local stuff first, and then they bring in the stones from Wales to add to the complexity of the structure,” Darvill told LiveScience.

The new dating allows the archaeologists to tie the structure to specific people who lived in the area at the time, Darvill said. The builders of the larger sandstone structures were pig farmers found only in the British Isles. In contrast, the bluestone builders would’ve been the Beaker people, sheep and cow herders who lived throughout Europe and are known for the distinctive, bell-shape pottery they left behind.

The new timeline “connects everything together, it gives us a good sequence of events outside, and it gives us a set of cultural associations with the different stages of construction,” Darvill said.

Remember the toefl reading score is 30 points out of a possible 120.