Todays lesson is all about the toefl reading section. We have recorded the reading using American accents . This will help you have a deeper understanding of the dialogue and prepare you for the exam.

An extract from a TOEFL reading test paper section. 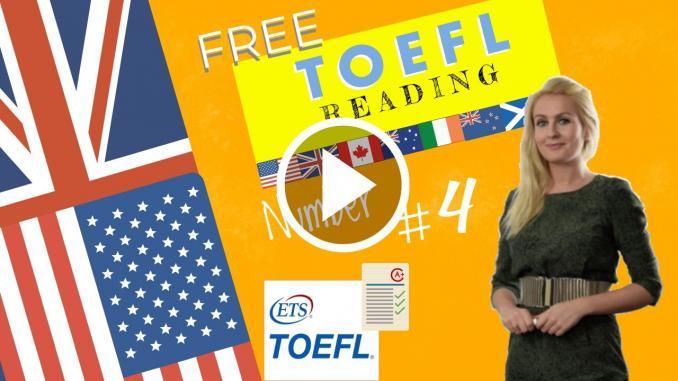 While New York slept, the Empire State Building switched on a new light show with the capability to produce millions of color combinations and effects.

In the middle of the night, as most of New York slept, something big and bright lit up the Manhattan skyline for just seconds a tightly kept secret to all but a handful of people.

It was a tiny test for the huge public surprise four days later: the flipping of a switch at the Empire State Building to turn on its dancing new LED lights. They burst from the skyscraper while synchronized with R&B star Alicia Keys singing “Empire State of Mind” on nationwide radio.

The LED system has “16.7 million color possibilities, in digital combinations of ripples, sparkles, sweeps and strobes,” says Phil O’Donnell, of Burlington, Mass.-based Philips Color Kinetics that’s responsible for the system and worked with a resident lighting designer. “It’s the sum of all possibilities a huge palette.”

The old lights came in only 10 colors.

From Manhattan and the Bronx to Staten Island and even New Jersey, “there were hundreds of thousands of people on the streets looking up, filming and videoing, clustered on street corners,” when the new lights came on, said Anthony Malkin, whose family controls the iconic Art Deco building.

In an interview with The Associated Press at his office, he glowed with pleasure describing Monday night’s inaugural light show.

Keys also sang “Girl On Fire” from her new CD.

After all, the 102-story skyscraper “has always been a symbol of what’s possible in New York, and all the dreams that can come true in this city that never sleeps,” Keys, a New York native, said before her performance, which was ready on tracks while she watched from a Manhattan studio.

Malkin and his technical team wanted to test the new lighting system with as few people noticing as possible and chose early Thanksgiving morning.

Good luck, in the middle of Manhattan, with people walking around even at 2:30 a.m.

That seemed the best moment, after most bars close and before dawn.

“We decided to do it facing west, in very short bursts between 2:30 a.m. and 3 a.m., because we knew we didn’t have a camera trained on us from there,” Malkin said.

Apparently, the secret test worked. No images of the Empire State Building alight that night appeared anywhere, as far as Malkin knows.

To stage the show, he worked with Clear Channel radio, which has 239 million monthly listeners in the United States.

The lights are part of a larger effort to modernize the 81-year-old edifice that is undergoing a more than half a billion-dollar renovation that includes making it “green.” The computerized LED system will cut energy consumption by more than half, while delivering light and vibrancy superior to the old floodlights, which have huge timpani drum-size lenses that had to be changed every so often, O’Donnell said.

They may still have nostalgic value to some who watched them light up New York City for every special occasion from Christmas to the Fourth of July.

They were part of “the grande dame of the New York skyline, now state-of-the-art, but still stately,” says Malkin, adding that the light show was “a gift we gave to the world, these lights. We don’t get paid for this.”

On a sunny Wednesday afternoon, with a spectacular view of the new World Trade Center and New York Harbor, a vacant space under reconstruction on the building’s 72nd floor was filled with the retired floodlights, sitting side by side in long lines, veterans of years of New York weather. What will be done with them is also a secret for now.

One old light will not be discarded in favor of a 21st century novelty: a red beacon “half the size of a Volkswagen Beetle,” as Malkin puts it that serves as a warning signal for aircraft constantly flying over New York City.