Let us continue with some more  toefl reading practice with examples and exercises 3. We have recorded the reading so as to help you get used to the Amrican accents. The are the samr accents that you will encounter on the day of the exam. 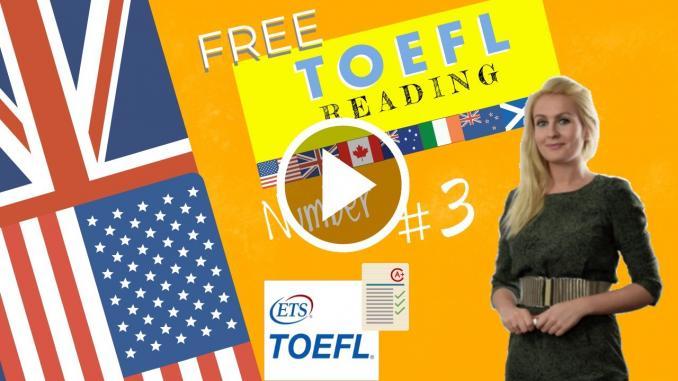 The Toefl reading practice in this lesson is:”The evolution of the banana, star of the Western fruit bowl” By Rosie Mestel

Did you hear? The genome of the banana has been sequenced, an important development in scientist’s efforts to produce better bananas.

A look at that genome has revealed curious things, said Pat Heslop-Harrison, a plant geneticist at the University of Leicester in England who was a coauthor of the report published this week in the journal Nature.

For example, there are regions of the banana genome that don’t seem to be involved in making proteins but are shared by many different species of plants, far beyond bananas. What, he wonders, are they doing?

There are remnants of bits of banana streak virus spliced into the banana genome (too broken-up to cause disease, however).

There are whole sets of DNA repeats that plants normally have but bananas do not. And, intriguingly, three times since this genus of giant herbs took an evolutionary turn away from its relatives — the grasses — it has duplicated its entire set of chromosomes.

Two of the doublings took place at the Cretaceous-Tertiary boundary 65 million years ago, back when the dinosaurs and lots of other species went extinct, Heslop-Harrison noted.

Duplications like this are known to have happened in other plant groups at this same time but haven’t occurred since, Heslop-Harrison said. Scientists don’t know why, but they believe having extra copies of genes may have imparted some stability to plants during a time of rapid climate change after an asteroid hit Earth.

Having more than one gene of each type means that if one gene of a set loses function, the plant still has another one that works. And there’s more room for adaptability to new circumstances, because one gene could be altered and co-opted for new purposes and there would still be the other one left to perform the original job.

“Perhaps it’s the reason [bananas have] done so well in the subsequent millions of years,” Heslop-Harrison said. “One can ask, will changes occurring in the world’s climate now mean there’s going to be a whole set of new genome duplications that will enable plants to survive? We don’t know that, but it’s interesting to consider.”

The banana genome sequenced by the French scientists was from the Pahang, a wild Malaysian banana of the species Musa acuminata. It’s a key species in the complicated evolution of the bananas and plantains people eat around the world, including the Cavendish banana that we buy at the supermarket.

The sterile Cavendish is a so-called triploid: It has three sets of chromosomes instead of the normal two. One of those genomes came from Pahang. The others came from other subspecies of Musa acuminata.

The changes occurred stepwise, and went something like this:

When a double-chromosome pollen combined with a single-chromosome egg (or vice versa), the result was a hopelessly sterile plant with even more vigorous fruit.

Events like this happened more than once and sometimes included other types of ancestral banana species.

Some scientists, in fact, have made a whole study of banana domestication and movement around the world. They’ve pieced the story together using quite different strands of information, including the genomes of wild and cultivated bananas, the microscopic relics of banana leaf material found at archaeological sites, and even the word for “banana” in different languages.

Some Toefl reading rehearsal Exam Questions for the toefl Test