Why Should We Still Care About Nuclear Weapons, Post-Cold War

When you’re talking about global war prevention, why it is so necessary to bring in the nuclear peace. Nuclear weapons are part of a chain of global violence that run all the way from the handgun work that we are doing all the way up to 20 megaton weapons that currently exist in the arsenals of the United States and Russia.
This chain goes, you know, everything from handguns violence in the streets of Chicago to the advocacy that we are working on now, which is trying to make people aware of the catastrophic and environmental, and specifically, the humanitarian consequences of possible nuclear weapon use.
It is so important to bring this to peoples attention because, especially for younger generations, you see that the cold war has collapsed. That sort of dynamic of great power nuclear rivalry has made it much less likely that we’re going to run into that, sort of, nuclear winter scenario that we were talking about in the 1980s and the 1990s, were the whole world is blanketed in this choking cloud of ash and soot kicked up by a full scale nuclear exchange between the United States and Russia. But, what we are trying to warn people about today is that even a limited nuclear exchange, say out the order of what India and Pakistan are capable of, and that includes some of the other nuclear weapon states as well, just based on political factors, geographical proximity, that’s where we are really focusing our attentions right now. And even the sort of limited exchange that wouldn’t create those nuclear winter-like conditions would still affect the environment, and affect peoples health in such a way that you are looking at possibly a billion people starving as a result of even a much small, more limited nuclear exchange.
And so, that’s why we’re continuing to bring this health message forward from doctors, medical students, concerned citizens around the world, focusing on nuclear weapons.
We’re a non-partisan federation of national affiliate groups. We represent folks in 62 countries around the world, doctors, medical students, health professionals and concerned citizens, who are interested in bringing a message, specifically a health message of anti-nuclear advocacy to the world. We were founded in 1980. Won the Nobel peace prize in 1985 and we’ve been involved in anti-nuclear war ever since. We were involved in the landmine campaign in the late 90s and are currently pushing, both, a campaign for an international convention to abolish nuclear weapons, and also doing a lot of work, especially in our Central and South American offices and our sub saharan Africa groups, on handgun violence prevention.

Graduate Institute of International and Development Studies, Geneva, Switzerland
All wars generate controversy, though some more so than others. The current US-led intervention in Iraq and the catastrophic explosion of ethnic violence it incited is especially contentious. Whilst acrimonious disagreement over the raison d’être of the Iraq war persists in capitals around the world, few deny that it has been an especially bloody and traumatic experience for Iraqi civilians. The full extent of suffering is confirmed in this week’s PLoS Medicine, which features an article by Madelyn Hicks and colleagues who consider the human costs of Iraq’s war by focusing on civilian deaths between 2003 and 2008.
While offering fresh new insights on the nature and extent of violence in the country, this is not the first article that has considered deaths arising from the Iraqi conflict. Nor is it likely to be the last. Rather, it should be set alongside a growing cannon of work originating from public health sciences and conflict studies devoted to examining the human consequences of the Iraq war. But the focus and time period investigated by Hicks and colleagues is significant: they track the characteristics of 92,000 direct civilian deaths occurring during the start, escalation, and dramatic reduction of war-related violence. In this respect, their article builds on and goes beyond assessments undertaken in the recent past.
The Costs of War
Though armed conflict has persisted for tens of thousands of years, preoccupation with the costs of war in terms of human pain and suffering is a phenomenon of the modern era. The first truly international response to the human suffering generated by warfare emerged following the Battle of Solferino around the middle of the 19th century, when more than 160,000 Austrian troops did battle with 156,000 French and allied forces on Italian soil. Horrified by the savagery inflicted by combatants on one another, a Swiss banker, Jean-Henri Dunant, initiated a process that led to the Geneva Conventions and the establishment of what eventually became known as the International Red Cross and Red Crescent movement.
Public awareness of the impacts of warfare on human wellbeing expanded during the massive international and internal wars of the 20th century. There was mounting concern not just for soldiers wounded and dying in battle, but also for the devastating implications of large-scale industrial warfare on civilians. Until at least the 1950s and 1960s, the aerial bombardment and often indiscriminate targeting of citizens was treated by leaders as a regrettable, but in some cases unavoidable, form of collateral damage. A remarkable shift in attitude followed the end of Cold War, owing in part to the growing influence of the global media in shaping the understanding of and responses to the world’s war-affected hot spots.
Today there are considerable awareness and consensus about the causes and consequences of armed conflict in the roughly two dozen countries presently affected. Since the 1990s a veritable industry has developed, dedicated to measuring and monitoring the casualties brought about by civil war. There are literally dozens of research centers and initiatives littered throughout North and South America, Western Europe, and Australia devoted to the task of tracking the incidence of mortality and morbidity, many of them applying broadly similar methods. Most scholars now agree that while most 21st century wars are nasty and brutish, they are in fact declining in number and intensity.

* ESSAY: Write an essay discussing the changing face of war over the last hundred years.
* GRAPH DESCRIPTION:
Welfare state in the United Kingdom: “The Welfare State comprises expenditures by the government of the United Kingdom intended to improve health, education, employment and social security. The British system has been classified as a liberal welfare state system.” (Source: Wikipedia)
This pie chart of UK central government expenditure, 2009-10 shows us Social Protection in orange, health in red, education in grey, and personal services in light blue. Summarise the  information by selecting and reporting the main features, and make comparisons where relevant. 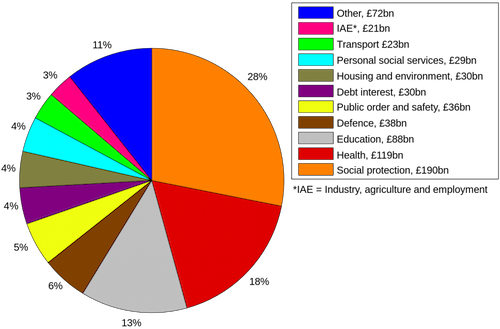 * ESSAY: Write an essay discussing the changing face of war over the last hundred years.
* LETTER: Write a letter to the government asking for the disarmament of nuclear weapons. Give reasons and a possible alternative for home defense.

* ESSAY: Write an essay discussing the changing face of war over the last hundred years.
* LETTER: Write a letter to the government asking for the disarmament of nuclear weapons. Give reasons and a possible alternative for home defense.
* REVIEW: You have just read an article on the economic gap between spending on defense and the spending on services such as health care, education and agriculture. Write a review addressing its societal impact.
* REPORT: Write a report on the rise and development of nuclear weapons throughout the world, from the U.S. to North Korea.

For CAE, please select 2 of the following: ESSAY, LETTER/EMAIL, PROPOSAL, REPORT, or REVIEW. You will have 1h30 to complete the tasks on the day of the exam.
* ESSAY: Write an essay discussing the changing face of war over the last hundred years.
* LETTER: Write a letter to the government asking for the disarmament of nuclear weapons. Give reasons and a possible alternative for home defense.
* REVIEW: You have just read an article on the economic gap between spending on defense and the spending on services such as health care, education and agriculture. Write a review addressing its societal impact.
* PROPOSAL: Write a proposal suggesting the first steps that need to be taken in order to obtain world peace.
* REPORT: Write a report on the rise and development of nuclear weapons throughout the world, from the U.S. to North Korea.

* ESSAY: Write an essay discussing the changing face of war over the last hundred years.
* ESSAY: Essay response based on either the reading or listening passage of today’s lesson (Warfare): Based on the reading, how did the dropping of Little Boy and Fat Man, on Hiroshima and Nagasaki, change the face of war? How does it continue to impact on war now?