We are certainly more conscious of the carbon footprint we are leaving and, overall, people are making more of an effort to recycle. However, there is still a lot more work to be done.
There are 7 Billion people on the planet and each of these people produce, on average 4.4 pounds of garbage per day. In one day the world population increases by 200, 000 people. In one week, this is nearly the population of Brisbane, Australia. In one month, this reaches the population figure of Philadelphia, USA, and in six months, the population of Venezuela. Within one year we match the population count of Italy, with people to spare.
At this rate, it takes the world 25 years to double in population.
On average, the world recycles only about 30% of the waste they produce. Waste produced by the population is responsible for releasing 600 million tons of methane into the air each year. As landfills begin to overflow, and as rainwater begins to wash the expanded landfill toxics into the world’s water supply, these emissions will generate serious health risks.  Already, 2 million tonnes of sewage, industrial and agricultural waste are discharged into the world’s water each day.
Recycling can reduce greenhouse gas emissions by up to 75% and recycling paper alone can reduce water pollution by 35%.
There is a lot of speculation surrounding the issue of recycling. Some say that recycling consumes more energy than it saves, whilst others say that recycling your home waste is a waste of time as it all ends up on the same landfill anyway.
To this I say that it is proven that to recycle glass takes much less energy than it does to create it from raw materials, as the manufacturers require a much lower temperature in their furnaces. The same can be said for aluminium, the energy involved in mining Bauxite, transportation, extraction then preparing it for creating products far exceeds the amount of energy required to break down an aluminium can for reuse.
As for those who speculate that their attempt at recycling in undermined by councils simply dumping it all on the same landfill. I put this to you, is it not better to recycle anyway and take the chance that it is being reused than it is to just throw everything in one bin where it would definitely end up on a landfill?
With the pressures of population and waste coming together at once we must look to recycling to maintain our natural resources. If we do not the planet will not be a pleasant place to live.

Solar energy, wind energy, geothermal energy, hydropower and biomass are some of the renewable sources of energy. Using of renewable sources of energy is good because these sources offer an environmentally friendly option than utilizing fossil fuels. There will be an improve energy security and energy independence if people use renewable source of energy. Also renewable sources of energy are the cleanest and safest energy sources.
The well-known source of energy which is the solar energy is an environment-friendly and endless renewable source of energy. Solar power doesn’t result in the emission of harmful carbon dioxide unlike the use of fossil fuels. The sun will be the unlimited source of energy and with right technologies can provide sufficient electricity that could be used in every single household or even in commercial and industrial properties.
The use of solar power has a positive effect in the environment because taking advantage of solar energy does not contribute to climate change, acid rains or any kind of pollution. When transformed from solar radiations, solar energy may possibly be converted to thermal energy or electric power. This may also be employed in a number of applications like in agriculture and analysis. At present, solar power is being utilized in two areas namely for the production of thermal energy which can heat up water and producing of electric power by utilizing the photovoltaic cell.
Photovoltaic cells or PV cells captures solar energy then transforming it into electricity. These cells convert sunlight into electricity by employing the energy developed when photons from sunlight push electrons into greater state of energy. Yet solar power is not only limited to thermal energy and electricity simply because currently, numerous devices which are powered by solar energy exist in the market.
Solar energy is an excellent source of supplying power to homes and companies and by utilizing solar power you’re not merely protecting the environment from becoming polluted but also you are saving the rest of the earth’s natural resources. Capturing solar energy does not contribute any pollution and does not harm the atmosphere. One of the factors why many individuals are still hesitant to make use of solar power is because it is expensive. The initial investment of installing solar power system for a home is expensive and aside from that solar power still wants to boost its deficiency. The need of big location of space is another reason why people aren’t taking into consideration solar power.

Waste Management and Recycling
by: Robs

Waste Management is the undisputed world leader in nearly all facets of waste treatment, including low-level nuclear, chemical, and asbestos cleanup; and daily garbage removal, waste reduction, and recycling. Waste Management has expanded its operations both technically and geographically, acquiring a host of sophisticated suppliers of trash-to-energy plants, pollution control equipment, and recycling services, while signing contracts with municipalities from Buenos Aires to Hong Kong. The company has frequently been attacked by governmental agencies and environmental groups for a variety of alleged failings, but its phenomenal growth and strenuous efforts in the recycling and pollution-control areas make it likely that in the future Waste Management will be perceived as a hero rather than villain by the world’s increasingly polluted cities. Waste Management, it seems, is well on the way to becoming the planet’s garbage collector. It was an exceedingly good time to join the waste-treatment industry. Not only was the national economy at the peak of its postwar prosperity, the U.S. consumer was just then beginning to be inundated with a wave of new packaging and convenience items designed to be used once and thrown away. The nation’s production of garbage was growing much faster even than its population, and companies such as Ace Scavenger found themselves in great demand.
The company responded with characteristic energy. At each of its nine chemical dumps, WMI installed environmental-compliance officers with power to override the decisions of local plant managers. These watchdog foremen reported to WMI’s new environmental-management head, Walter C. Barber, a former acting chief of the EPA. In addition, the Chemical Waste subsidiary in charge of most of the troubled sites was provided with a new president, Jerry E. Dempsey, former president of Borg-Warner Corporation. To smooth relations with Congress, WMI hired Frank B. Moore as its chief lobbyist. Moore had previously served as President Jimmy Carter’s liaison officer with Congress. Finally, WMI adopted new advertising campaigns stressing the company’s services on behalf of the environment and customers alike.
While such moves had not satisfied critics such as Greenpeace International, it appeared that WMI learned a lesson from its legal battles and took some pains to adopt more safety measures. As proof of its progress in these areas, WMI can point to the long-term contracts it won in the late 1980s to handle much of the waste from Portland, Oregon; and Seattle, Washington; two cities known for their strong environmental commitment. In both cases, the municipalities found that WMI’s experience and resources made it the best choice for waste problems of great magnitude. Recycling is processing used materials (waste) into new products to prevent waste of potentially useful materials, reduce the consumption of fresh raw materials, reduce energy usage, reduce air pollution (from incineration) and water pollution (from landfilling) by reducing the need for “conventional” waste disposal, and lower greenhouse gas emissions as compared to virgin production. Recycling is a key component of modern waste reduction and is the third component of the “Reduce, Reuse, Recycle” waste hierarchy.
Recyclable materials include many kinds of glass, paper, metal, plastic, textiles, and electronics. Although similar in effect, the composting or other reuse of biodegradable waste such as food or garden waste is not typically considered recycling. Materials to be recycled are either brought to a collection center or picked up from the curbside, then sorted, cleaned, and reprocessed into new materials bound for manufacturing.

Summarise the  information by selecting and reporting the main features, and make comparisons where relevant. 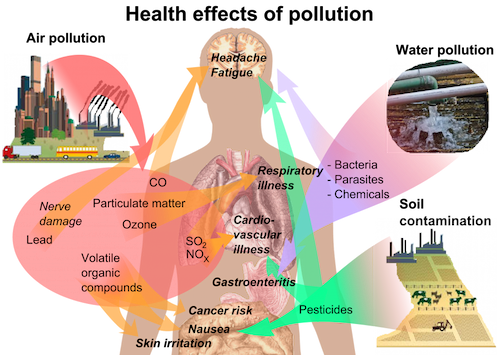 * ESSAY: Write an essay discussing the pros and cons of renewable energy methods. i.e. Solar, Wind, Hydro.
* LETTER: Write a letter to the council protesting about plans to erect a wind farm in your area.

* ESSAY: Write an essay discussing the pros and cons of renewable energy methods. i.e. Solar, Wind, Hydro.
* LETTER: Write a letter to the council protesting about plans to erect a wind farm in your area.
* REVIEW: You have just read an article about the government’s plan to tax people for creating renewable energy through solar panels. Write a review addressing the cost to the individual.
* REPORT: Write a report on the increased use of solar panels as a way to produce renewable energy.

For CAE, please select 2 of the following: ESSAY, LETTER/EMAIL, PROPOSAL, REPORT, or REVIEW. You will have 1h30 to complete the tasks on the day of the exam.
* ESSAY: Write an essay discussing the pros and cons of renewable energy methods. i.e. Solar, Wind, Hydro.
* LETTER: Write a letter to the council protesting about plans to erect a wind farm in your area.
* REVIEW: You have just read an article about the government’s plan to tax people for creating renewable energy through solar panels. Write a review addressing the cost to the individual.
* PROPOSAL:Write a proposal for a governmental department to help send aid to a country hit by a natural disaster. Consider logistics and funding. Write a proposal for a workshop to help people further understand the advantages of renewable energy.
* REPORT: Write a report on the increased use of solar panels as a way to produce renewable energy.

* ESSAY: Write an essay discussing the pros and cons of renewable energy methods. i.e. Solar, Wind, Hydro.
* ESSAY: Essay response based on either the reading or listening passage of today’s lesson (Environmental Issues): Based on the listening, what actions have previously been implemented to encourage people to recycle? What actions need to be implemented in order to improve recycling?