The fiction of memory

PRESENTER 1: So what Beth’s research really shows is that our, not just what we see and what we hear, but our memories can actually be distorted. They’re plastic and malleable. And, there’s misinformation everywhere. We’re getting a constant flow of this misinformation. So, it can be from a stop sign or a yield sign, or from other people.
So think about how this would work. The media could give you information that might bias you in a particular way and create a false memory, or an impression of something. But, it’s not…, it’s only a false memory because it never happened. It’s a real memory, you really experience it, just like you see the dalmatian dog and you hear those sounds. It’s not like this memory is inferior to others. So Beth’s work, for me, really demonstrates that what we remember is shaped by the sum of our experiences.
So if memory’s not working like a video camera, it’s hard to even recognise that you’ve made an interpretation at all. All of this stuff is coming at you and it’s just like a visual illusion. You remember it vividly and it’s actually happening to you.
PRESENTER 2: So,let’s use an example to make that a little bit more concrete, with a visual illusion. Now, this is an illusion that you and I, as well as one of my honour students discovered a couple of years ago. And I think we can use it to really, kind of, highlight the fact that we really have no control.  We’re completely unaware of having made an interpretation, and the illusion happens to us in the same way that these memory illusions are just as real of actual memories.
Now, we’re going to present you with some faces on the screen, and want you to keep your eyes on the centre of the cross in the middle of the screen. So don’t look directly at the faces. Keep your eyes on the cross. Okay. Are you ready? Here they are.
By this point in the video the faces should look a little bit strange. Right? So they might look a little bit alien like. Some of the eyes might be a little larger than you’d expect, and they might look a little bit paler. But, if you replay this section of the video and look at the faces again you’ll see that they’re completely normal. We’re not playing any tricks on you. There is no photoshopping going on. What’s happening is that the previous face is distorting the face that follows it. For example, if one of the faces has small, beady little eyes and it’s followed by a face with regular sized eyes, then these regular sized eyes look huge. Again, you can’t help but to see these faces as distorted. That’s kind of the nature of the illusion. There’s nothing that you can do about it. You’re not even aware that your visual system is doing any sort of comparison. It’s just happening to you.
PRESENTER 1: So think about what’s happening here with this visual illusion, when the faces are flashing up and they look alien like. It’s nothing that you’re doing. It’s just happening to you. And this is across our senses. So yes, it’s happening in vision, but it also happens in hearing and in, could even be happening in smell and taste. We haven’t tested these things. But it’s definitely happening in memory. We’re unaware that we’ve made an interpretation and the sum of our, of, our perception is shaped by the sum of our experiences.

How the Brain Retrieves Forgotten Memories

In the 2002 thriller Memento, the protagonist, Lenny, is plagued by a crippling neurological disorder that renders him incapable of storing memories for longer than fifteen minutes. He wants nothing more than to avenge the murder of his wife, but as another character in the film tells him, “Even if you get revenge, you’re not going to remember it. You’re not even going to know it happened.” Lenny has anterograde amnesia, a condition typically caused by stroke or other illness. (In the film, it’s caused by a blow to the head.) Most forms of amnesia—including the more common retrograde amnesia, which involves the loss of long-term memory—are caused by some type of brain injury— particularly to the hippocampus.
Retrograde amnesia can arise from brain damage that interferes with memory storage, retrieval, or consolidation. And it is by studying retrograde amnesia that scientists have developed theories explaining where the brain stores memory traces and how it consolidates them into long-term memories. What ultimately causes amnesia—a failure to store memories or a failure to retrieve them—is not clear.
A major challenge in resolving this question experimentally is being able to determine whether an animal has truly recovered a lost memory or has simply re-learned the task at hand. By refining a classic behavioral neuroscience experiment to test spatial learning and memory, Livia de Hoz, Stephen Martin, and Richard Morris have developed a novel protocol that distinguishes retrieval from new learning. The experiment, developed by Morris over fifteen years ago, takes advantage of the fact that rats are good swimmers but prefer life out of water. Rats are placed in a pool and trained to remember the location of an escape platform, hidden just under the surface. (The rats can’t see it because the water is cloudy.)
Here, de Hoz et al. trained rats to a particular platform location—their escape route—then gave them hippocampal lesions. One group received “sham” lesions, another partial lesions, and a third complete lesions. Partial lesions, the authors explain, should damage only a subset of the stored memory traces and thus weaken the rats’ memory rather than completely disrupting it.
The rats’ postoperative memory was tested by first placing them in the pool with the platform hidden: as expected, the lesioned rats couldn’t remember where it was. After a minute, the platform was raised above the water, to remind them that it existed and that they could escape by climbing onto it. The platform was revealed in the original location for half the animals and in a novel location—which could be construed as misleading information if you’re a rat—for the other half. If raising the platform was facilitating re-learning, then animals capable of learning would look for the platform in the new location. But if raising the platform functioned as a reminder, then animals should gravitate toward the place they were trained to, regardless of whether the platform reminder was in the original location or a new one. And that’s what happened to the rats with partial lesions.
De Hoz et al. then repeated the experiments in a new environment. If the rats managed to escape in this situation, the authors explain, then the reminder treatment could be causing new learning rather than triggering recall of the original training experience. Not surprisingly, the rats with total lesions failed to learn in this new environment (or to be reminded in the previous experiment), while the control rats adapted to the new location. The group with partial lesions failed to learn.
Since partially lesioned rats responded to the reminder treatment by recalling the original platform location, their initial memory failure couldn’t have resulted from a storage failure. And since they did not realize they could escape from the new location, the reminder didn’t induce new learning. Among the many questions these results raise is what role the hippocampus plays in memory storage and retrieval. It could be, as the authors propose, that essential components of spatial memory traces are either stored in the hippocampus or reactivated there, since only the partially lesioned rats responded to reminders. Whether that proves true, de Hoz et al. have contributed a much needed resource for investigating the neural basis of memory loss.

* ESSAY: Write an essay about how memories can become distorted as time goes by. Could this distortion be linked to déjà vu?
* GRAPH DESCRIPTION:
Memory Disorder: “Memory disorder is the result of damage to neuroanatomical structures that hinders the storage, retention and recollection of memories. Traumatic brain injury often occurs from damage to the brain caused by an outside force, and may lead to cases of amnesia depending on the severity of the injury.” (Source: Wikipedia)
This pie chart shows traumatic brain injury causes. Summarise the  information by selecting and reporting the main features, and make comparisons where relevant. 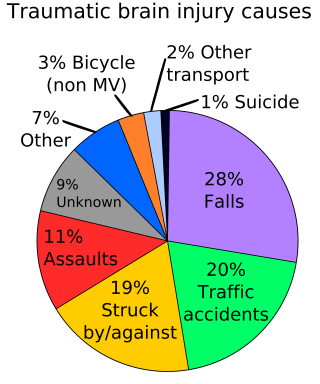 * ESSAY: Write an essay about how memories can become distorted as time goes by. Could this distortion be linked to déjà vu?
* LETTER: Write a letter to a friend with whom you haven’t spoken for a long time. Reminisce on fun times you both had when you were young.

* ESSAY: Write an essay about how memories can become distorted as time goes by. Could this distortion be linked to déjà vu?
* LETTER: Write a letter to a friend with whom you haven’t spoken for a long time. Reminisce on fun times you both had when you were young.
* REVIEW: You have just read an article on the link between a good diet and increased brain power, as a result memory can be improved. Write a review considering this as a viable link.
* REPORT: Write a report on the connection between memory and a good night’s sleep.

For CAE, please select 2 of the following: ESSAY, LETTER/EMAIL, PROPOSAL, REPORT, or REVIEW. You will have 1h30 to complete the tasks on the day of the exam.
* ESSAY: Write an essay about how memories can become distorted as time goes by. Could this distortion be linked to déjà vu?
* LETTER: Write a letter to a friend with whom you haven’t spoken for a long time. Reminisce on fun times you both had when you were young.
* REVIEW: You have just read an article on the link between a good diet and increased brain power, as a result memory can be improved. Write a review considering this as a viable link.
* PROPOSAL: Write a proposal for a technique to help someone improve their memory.
* REPORT: Write a report on the connection between memory and a good night’s sleep.

* ESSAY:Write an essay about how memories can become distorted as time goes by. Could this distortion be linked to déjà vu?
* ESSAY: Essay response based on either the reading or listening passage of today’s lesson (Memory) Based on the Listening, what are the problems and benefits that can come with memory distortion? Choose several cases in which either or both could be important.