PRESENTER: Habitat for Humanity, Victoria brings together volunteers and community partners to break the cycle of poverty through home ownership. Now the organisation has launched a fundraising campaign asking 100 women to donate a thousand dollars each to support their current project, a fourplex in Saanich.
VERONICA: Talk about learning on the job. These are Camosun College carpentry foundation students. A six month hands-on project developing the skills necessary to enter the carpentry trade. Usually projects are built and then disassembled at the college but this one is very permanent. It will become a Habitat for Humanity fourplex.
MARK: Which is fantastic for Habitat. They’re getting a lot of free labour out of this, and it’s actually very good for my students as well, because they get to build something that’s real.
YOLANDA: Between donated labour, donated product and the money we raise to help offset the costs, we shouldn’t have any debt left over. So when we hand the key to the homeowner, their mortgage payments aren’t paying a historical debt, instead they are paying it into a revolving fund which helps to build the next homes.
VERONICA: A true pay it forward model. Habitat holds the mortgage so homeowners pay no interest. Every cent of every payment pays down the principle. Currently Habitat has 18 homes in Greater Victoria. This four unit town home brings the total to 22.
AMANDA: I just couldn’t believe it. I never thought that I would be a homeowner. Not in Victoria and not on my own.
VERONICA: Single parent Amanda Bown applied and was chosen to become a Habitat homeowner. There’s strict eligibility and income criteria to be met, and families must complete 500 volunteer hours with Habitat.
AMANDA: We can work in the restore, we can work on the build site. We do events like the gingerbread house.
VERONICA: Amanda is also the face of Victoria’s fundraising campaign, 100k in 100 days, to keep that pay it forward model sustainable.
YOLANDA: It’s a campaign inviting 100 women in the community to each contribute a thousand dollars, and help build, what we say, Amanda’s home. Now, it’s a fourplex so we’re building all four, but we’re telling Amanda’s story because I think it really represents the challenge that a lot of people have.
AMANDA: In the last 10 years I’ve had to move probably over 10 times. Sometimes, in Victoria, it so difficult to rent. To find something you have to move to a totally different community.
VERONICA: And that means, for kids, finding new schools and saying goodbye to old friends. Becoming a homeowner breaks that cycle. The 100k in 100 days campaign runs until May 14th. Click on the links tab at Cheknews.ca to learn more.

Disparate Impact and Fair Housing: Seven Cases You Should Know

Last week, the Obama administration formalized the legal standard it has used to enforce fair housing laws and hold banks accountable for their role in a foreclosure crisis that hit black and Latino homeowners the hardest.
The U.S. Department of Housing and Urban Development issued a regulation on “disparate impact,” codifying a long-used legal precedent that says the Fair Housing Act prohibits practices that result in discrimination “regardless of whether there was an intent to discriminate.”
After decades of being denied credit, many minority communities were victim to “reverse redlining” during the foreclosure crisis, as mortgage companies pushed risky loans in hopes of profiting from their higher interest rates and fees. With the disparate impact standard, the Department of Justice was able to argue that the disproportionate harm to communities of color put predatory lenders in violation of the Fair Housing Act and the Equal Credit Opportunity Act.
Now, the Supreme Court is considering hearing a challenge to the disparate impact standard. Some say HUD’s new guideline could be “the deciding factor” in whether the standard will withstand the Supreme Court’s scrutiny.
As housing officials and civil rights advocates keep their eye on the high court, we’ve rounded up seven key disparate impact cases you should know about.
United States v. Countrywide Corporation, Countrywide Home Loans and Countrywide Bank
Countrywide, a now-defunct mortgage company owned by Bank of America, gave subprime loans to 10,000 Hispanic and African-American borrowers, while providing prime loans for white borrowers with similar financial situations. (Subprime loans come with higher interest rates to account for a supposed higher risk of default.) A Bank of America spokesperson said the DOJ reviewed loans made before Bank of America purchased Countrywide in July 2008.
As we reported last week, the DOJ reached a $335 million settlement, the US’ largest fair lending settlement on record, using the disparate impact standard. Countrywide has not admitted to any discriminatory practice.
United States v. Wells Fargo
The DOJ case against Wells Fargo over violation of the Fair Housing Act is the second largest fair lending settlement in the DOJ’s history, after the lawsuit against Countrywide Financial. Brokers at the country’s largest mortgage lender were found to have raised interest rates and broker fees for more than 30,000 minority customers. According to lending data, African-American customers in the Chicago area paid on average $2,937 more in broker fees than similarly situated white customers. Hispanic borrowers were charged $2,187 more. Black and Hispanic homeowners also were encouraged to take on riskier subprime loans.
Wells Fargo agreed to a $175 million settlement in July, though the company denies any wrongdoing and says they settled to avoid a “costly legal fight.”
Adkins et. all v. Morgan Stanley
The ACLU, along with the National Consumer Law Center and the law firm of Lieff, Cabraser, Heimann & Bernstein, filed a lawsuit in October against Morgan Stanley claiming the financial services firm encouraged lenders to push high-risk mortgage loans on African-American borrowers. The case centers on Detroit, where from 2004 to 2006, African Americans were 70 percent more likely to receive a subprime loan than white borrowers with the same income and credit background.
The case was the first to charge the secondary mortgage market, and not just mortgage companies themselves, with violating the Fair Housing Act. The plaintiffs contend that Morgan Stanley encouraged now-defunct New Century Financial Corporation to sell predatory loans, which targeted predominantly black communities. Morgan Stanley profited by bundling and selling those loans to investors, allegedly knowing borrowers were likely to default.
Morgan Stanley filed a motion to dismiss the case at the end of December. Oral arguments are scheduled to be heard in March.
United States v. SunTrust Mortgage Inc.
The DOJ found that SunTrust Mortgage allowed its brokers and loan officers considerable leeway in determining a customer’s interest rate, resulting in discriminatory prices for minorities. They were charged with violating both the Fair Housing Act and the Equal Credit Opportunity Act in charging more than 20,000 black and Hispanic customers with higher interest rates and fees between 2005 and 2009.
SunTrust denied any wrongdoing, but settled for $21 million in May.
United States v. C&F Mortgage Corporation
The Justice Department charged C&F Mortgage with violating the FHA and ECOA by raising interest rates for black and Hispanic mortgage customers. C&F did not require its loan officers to document reasons for changing a customer’s interest rate from the standard rate, and increased compensation for loan officers who charged higher loan prices.
Though C&F denied allegations of discrimination, they settled for $140,000 and began reviewing employees’ compliance with nondiscrimination standards, specifically their justification for large interest rate adjustments. The company also agreed to institute new pricing policies and employee training policies.
Greater New Orleans Fair Housing Action Center et. all v. HUD and Paul Rainwater, Executive Director of the Louisiana Recovery Authority
In 2008, New Orleans housing organizations and local homeowners accused HUD and the Louisiana Recovery Authority of discriminating against black homeowners in the aftermath of Hurricanes Katrina and Rita. The Road Home program was supposed to provide storm victims with funding to rebuild their homes, but based their compensation on their house’s original value rather than the cost of damage. Houses in black neighborhoods that were identical to houses in white neighborhoods were given far less money to rebuild.
In 2011, HUD agreed to pay roughly $62 million under a new Blight Reduction Grant Adjustment program. The funding will serve 1,460 eligible homeowners in four parishes that suffered the most damage.
United States v. PrimeLending
The Department of Justice found that PrimeLending regularly set higher loan prices for African American borrowers. As one of the country’s biggest Federal Housing Authority lenders, PrimeLending provides mortgage loans to low-income customers that are guaranteed by the FHA or the Department of Veterans Affairs. PrimeLending incentivized increasing “overages” (higher interest rates) by providing higher compensation for loan officers.
The mortgage company settled for $2 million in 2010, and set new loan pricing policies and employee training requirements.

* ESSAY: Write an essay discussing the pros and cons of getting on to the property ladder when you are young.
* GRAPH DESCRIPTION:
Public Debt and Debt to GDP – 2010: “The European debt crisis is an ongoing financial crisis that has made it difficult or impossible for some countries in the euro area to repay or re-finance their government debt without the assistance of third parties.” (Source: Wikipedia)
This graph shows us the public debt and debt to gross domestic product (GDP) in dollars for selected European countries. Summarise the  information by selecting and reporting the main features, and make comparisons where relevant. 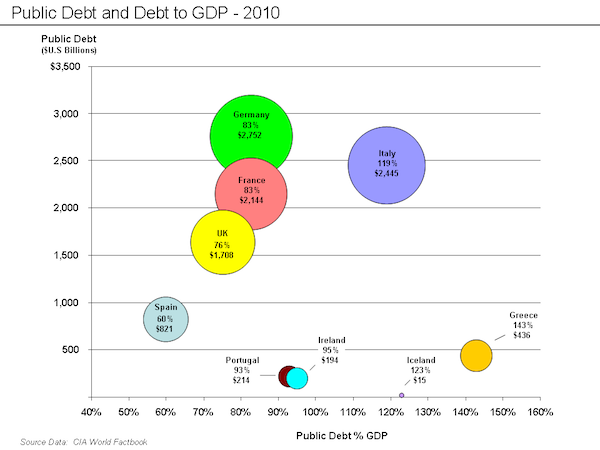 * ESSAY: Write an essay discussing the pros and cons of getting on to the property ladder when you are young.
* LETTER: Write a letter to Habitat for Humanity explaining why you are deserving of one of their homes.

* ESSAY: Write an essay discussing the pros and cons of getting on to the property ladder when you are young.
* LETTER: Write a letter to Habitat for Humanity explaining why you are deserving of one of their homes.
* REVIEW: You have just read an article on the decline of mortgage recipients. People preferring, instead, to rent property. Write a review discussing the reasons behind this and its impact on the market.
* REPORT: Write a report on the homeless children in the U.S. What factors do you think contribute to this? 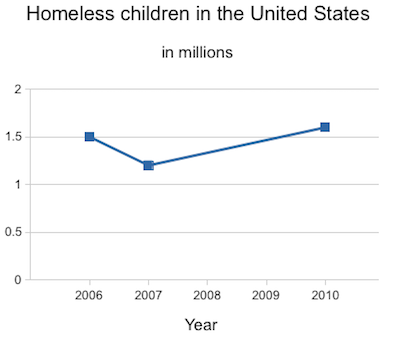 For CAE, please select 2 of the following: ESSAY, LETTER/EMAIL, PROPOSAL, REPORT, or REVIEW. You will have 1h30 to complete the tasks on the day of the exam.
* ESSAY: Write an essay discussing the pros and cons of getting on to the property ladder when you are young.
* LETTER: Write a letter to Habitat for Humanity explaining why you are deserving of one of their homes.
* REVIEW: You have just read an article on the decline of mortgage recipients. People preferring, instead, to rent property. Write a review discussing the reasons behind this and its impact on the market.
* PROPOSAL: Write a proposal to the council about a new project to help the homeless in your city.
* REPORT: Write a report on the homeless children in the U.S. What factors do you think contribute to this?

* ESSAY: Write an essay discussing the pros and cons of getting on to the property ladder when you are young.
* ESSAY: Essay response based on either the reading or listening passage of today’s lesson (Housing): Based on the listening, it is becoming increasing difficult for people to get on to the housing ladder, but for some it is an essential part of “growing up”. Why do you think people choose to enter into a mortgage debt, rather than rent housing?