B1 B2 Exam Preparation Lesson 8: Smoking and Health

INTERVIEWER: The AU administration and student leaders have begun discussing the possibility of banning smoking on campus. However, many questions remain about if and how this policy will be implemented.
TIM: The discussions are still in a very preliminary stage. The discussions have been ongoing for a while, but until we had a stronger understanding of what the footprint of what the campus is going to look like, with the campus plan, the university and the community wanted to wait. So, the discussions are really just starting to take shape now in a more concrete, more detailed way.
INTERVIEWER: Last December the student government and the graduate leadership council sent a survey to students asking about AU smoking policy. The survey showed that about 47 percent of polled undergraduates support a smoking ban, and about 53 percent of graduate respondents support a smoking ban. About 700 undergraduates and 900 graduate students completed the survey.
TIM: This student body is really, erm, is split on this issue, as the results of the survey demonstrated.
ARTURO:  I think it’s a little bit, eh, too much. Excessive. Especially because I don’t think people will abide to those rules, and how are they going to control it? I don’t understand how they will do that. Especially with the….
JOHN-ETHAN: Well, what’s the policing of it? How are they going to police it? What, are they going to have public safety out here left, right and centre?
ANAMARI Maybe we can have certain sections. I think there are places where students congregate where they smoke. And, it’s kind of just like part of our culture now.
CHRISTY: This is going to sound a little hypocritical because I’m actually a smoker but I am for the ban, because I think it would be great to have a smoke free campus. And it would be like litter free and, for people who don’t smoke, it would be more respectful to them. It would promote better health on campus.
INTERVIEWER: Today, over 550 universities across the country are either entirely smoke free or have designated smoking areas on campus. AU student Megan Huber has been researching the smoking policies in many of these schools, as part of her social action project, at the school of public affairs.
MEGAN: I found a common thread between communication being the key to implementing a successful policy, and they’ve communicated with the student body and the staff, and given at least a year or two as far as for the school to get used to the policy.
Also a common thread between all the different policies i’ve seen is immense increases in smoking sensation materials and programs on campus, that are either, it means free materials to students as far as nicotine replacement or any type of quit program to all staff, and faculty, and students, all at reduced costs.
INTERVIEWER: Huber noticed that because about 35 percent of AU students, faculty and staff smoke there may initially be strong resistance to the implementation of a smoking ban.
MEGAN: For AU i think it’s, first, communication, foremost. Like, first and foremost. In forming the policy. In making sure the students know it’s coming, because it’s something that’s going to impact your daily life. If you don’t even know it’s coming, that’s not even.., you can’t compare. And I think too is phasing it in. So making sure part of the communication is there and, I think, trying out designated smoking areas, and then moving towards a smoke free ban.
INTERVIEWER: University representatives did not respond to requests for comments, but according to an anonymous student involved in the discussions, administrators will implement the change no sooner than fall 2014. Monica Fiddler, ATV news.

If you only light up when you’re drinking or out with friends, you probably don’t identify as a smoker or consider the health impact of the occasional fag. Social smokers don’t usually smoke every day but consume a low level of tobacco over a long period.
Thirty years ago, the tobacco industry studied social smokers because they wanted to promote the “social benefits” of smoking. They discovered many were motivated to achieve a certain image or wanted help relaxing and de-stressing. The companies tried to tap into this market, offering smaller pack sizes and promoting cigarettes which were claimed to be safer and non-habit forming; which of course was nonsense.
Modern social smokers are typically younger, better educated and more affluent than other smokers and often smoke to gain acceptance among their social group, rather than in response to a craving for nicotine.
It’s difficult to know the percentage of smokers who currently fall into the social smoker category because this is group isn’t explicitly counted. But among Australians over the age of 14, 15.1% smoke daily, 1.5% weekly and 1.4% less-than weekly. It’s unclear whether rates of social smoking in Australia are changing, but American figures suggest social smoking is on the rise.

Although social smokers may feel less vulnerable to harm than heavier smokers, they are still likely to suffer from smoking-related respiratory disease, heart attack, stroke and cancer. Smoking as little as one to four cigarettes each day triples your risk of heart disease and lung cancer.
With more than 60 known carcinogens in cigarette smoke, the campaign slogan that every cigarette is doing you damage is true: the more you smoke, the greater your risk. And although social smokers only smoke occasionally, they may indulge in binge smoking on those occasions.

Because nicotine is so addictive, social smokers can quickly become more regular, addicted smokers. Before long, they’re buying their own cigarettes, starting to smoke alone and wake in the morning craving a cigarette.
It is also very difficult for regular smokers to decrease consumption – to become a social smoker – because nicotine is so addictive.
The solution? Quit completely
When social smokers quit, they may avoid the withdrawal symptoms suffered by those addicted to nicotine. So the quit techniques for regular daily smokers may not apply.
Tobacco industry research has shown that social smokers tend to be more concerned than regular smokers about secondhand smoke affecting non-smokers and that these concerns could influence their smoking behaviour and decision to quit. After all, there’s nothing social about secondhand smoke.

If you are a social smoker wanting to quit, try enlisting friends to dissuade you from lighting up in social situations. If you smoke when you drink alcohol, cutting back on booze may also help.
When you quit smoking, some of the improvements commence within hours, but the reduction in the risk of serious disease will take many years.
Within the first six hours, the heart rate decreases and blood pressure drops. Most of the nicotine is cleared in the first day.
With a week, the sense of taste and smell improve and lungs begin to clear. The symptoms of a cough and wheeze progressively improve over the first year.
After ten years, the risk of lung cancer is lower than if the individual had continued smoking and by 15 years the risk of heart attack and stroke returns to those of someone who has never smoked.

ESSAY: Separate smoking areas should be available in bars. Do you agree with this statement?

LETTER: Write a letter commissioning for license to allow smoking in your establishment after 10pm. 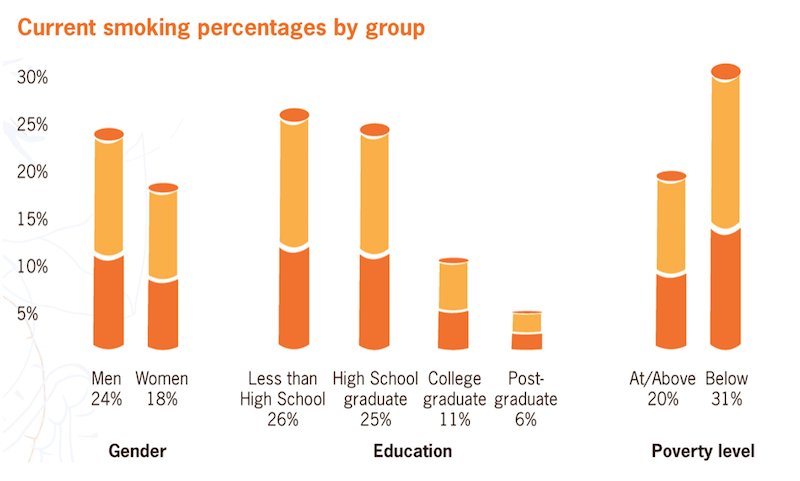 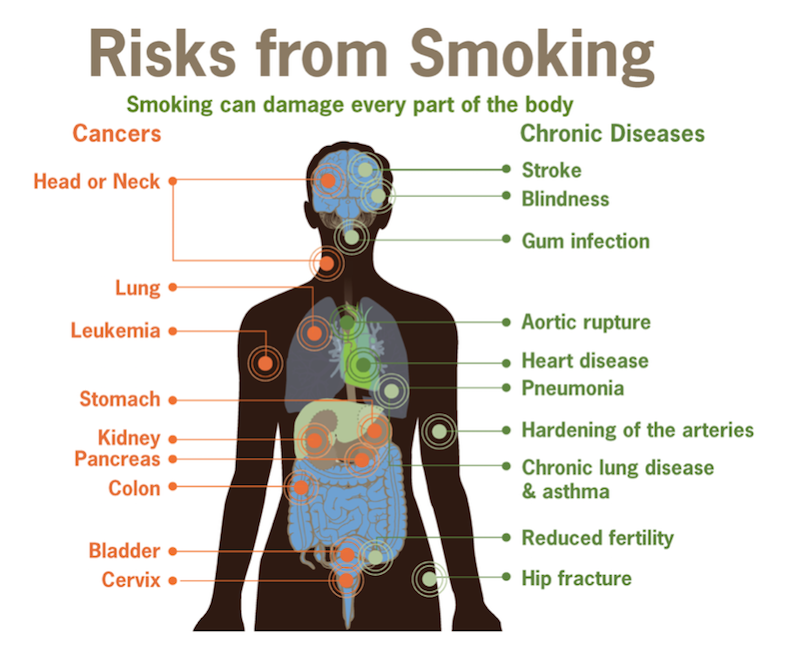 REPORT: Write a report on the decline in tobacco sales relevant to the smoking ban

REVIEW: You have just read an article on e-cigs (e-cigarettes) and their part in helping people quit smoking. Write a review on their implementation.

PROPOSAL: Write a proposal for a quitting to smoke programme. Focusing on practices, do’s and don’t’s, supplementation and dietary control.