B1 B2 Exam Preparation Lesson 10: Weather

Well, welcome to Avoriaz in the Porte de Soleil, and what is a very, very good sight. Fresh powder snow falling out of the sky. It’s a welcome change from last week when it was over twenty degrees, plus twenty, in many resorts across the Alps, and, well, a lot of people are saying Spring is here and summer is just around the corner. But, it’s not the end of winter and it’s returned with a vengeance.
The snow here, in this part of the Alps, the western part of the Alps, started on Sunday, Sunday afternoon. Thick flakes started falling from the sky. They were forecast but we got more than was expected. Many people were slightly caught by surprise by the snow, and weren’t quite dressed for it, but very, very welcome it was indeed. And, it’s been the same across the Alps, really, in this part of the French Alps, and indeed, in Switzerland, Verbier, Tignes, all had some snow. It goes across as far as Zermatt two, and over Gerga , and over Austria. So, good snowfall happening now across the Alps.

First thing Monday morning, well, many people didn’t actually venture out because it was a complete whiteout. They were just wandering around town, some taking a horse drawn carriage through the streets of Avoriaz here, which is actually a car free resort. Which is rather nice. And, it cheered up just before lunch, as the clouds lifted. So, many more people went out onto the slopes, and, yeah, greeted with lots and lots of fresh powder.
I guess we had about 35 centimetres over night, here in Avoriaz. It’s still coming down though it slackened off somewhat, on Monday afternoon. Erm, have to say, not the best powder of the winter, because it’s warm, and so it’s quick thick and wet powder. But nevertheless, not complaining at all. It is powder snow nonetheless.

On the piste, well a lot of it’s been brushed away revealing the ice underneath. So, yeah, not perfect conditions on the piste; and offpiste too, as well. Although we’ve had about 35 centimetres, it’s covered up, well, really quite a lot of grass and rocks. So, they’re lurking away underneath the snow pack. And, of course, the moguls. It’s not enough to cover up the moguls either. So, although it looks nice, it’s actually quite rocky and hard underneath. But it makes for some good challenging ski. Nevertheless, it’s fantastic to see all this snow.
Erm, I don’t go quite as far as some people, “snow is guaranteed this Easter, and isn’t it great to have all this snow.” Because quite frankly, the weather changes very quickly at this time of year, as we’ve seen. It’s changed from hot sunshine to winter again, and it can do exactly the same the other way round. So, this time next week we may all be basking under blue skies again, before the Easter holidays have even got underway.
But, nevertheless, very very welcome to see the snow, and i’m pleased to say, the forecast is for the clouds to lift, and the snow to stop, and the sun to come out. So, we should have some fantastic skiing here in the Alps, later this week, and we’ll be bringing you further details on all that, on the next PlanetSki snow report.
James Cove, PlanetSki, in the Porte de Soleil, France.

Clouds are classified according to their height above and appearance (texture) from the ground.
The following cloud roots and translations summarize the components of this classification system:
1) Cirro-: curl of hair, high.
2) Alto-: mid.
3) Strato-: layer.
4) Nimbo-: rain, precipitation.
5) Cumulo-: heap.
High-level clouds:
High-level clouds occur above about 20,000 feet and are given the prefix “cirro-“. Due to cold tropospheric temperatures at these levels, the clouds primarily are  composed of ice crystals,  and often appear thin, streaky, and white (although a low sun angle, e.g., near sunset, can create an array  of color on the clouds).
The three main types of high clouds are cirrus, cirrostratus, and cirrocumulus.
Cirrus clouds are wispy, feathery, and composed entirely of ice crystals. They often are the first sign of an approaching warm front or upper-level jet streak.
Unlike cirrus, cirrostratus clouds form more of a widespread, veil-like layer (similar to what stratus clouds do in low levels).  When sunlight or moonlight passes through the hexagonal-shaped ice crystals of cirrostratus clouds, the light is dispersed or refracted (similar to light passing through a prism) in such a way that a familiar ring or halo may form. As a warm front approaches, cirrus clouds tend to thicken into cirrostratus, which may, in turn, thicken and lower into altostratus, stratus, and even nimbostratus.
Finally, cirrocumulus clouds are layered clouds permeated with small cumuliform lumpiness. They also may line up in streets or rows of clouds across the sky denoting localized areas of ascent (cloud axes) and descent (cloud-free channels).

Mid-level clouds:
The bases of clouds in the middle level of the troposphere, given the prefix “alto-“, appear between 6,500 and 20,000 feet. Depending on the altitude, time of year, and vertical temperature structure of the troposphere, these clouds may be composed of liquid water droplets, ice crystals, or a combination of the two, including supercooled droplets (i.e., liquid droplets whose temperatures are below freezing).
The two main type of mid-level clouds are altostratus and altocumulus.
Altostratus clouds are “strato” type clouds (see below) that possess a flat and uniform type texture in the mid levels. They frequently indicate the approach of a warm front and may thicken and lower into stratus, then nimbostratus resulting in rain or snow. However, altostratus clouds themselves do not produce significant precipitation at the surface, although sprinkles or occasionally light showers may occur from a thick alto-stratus deck.
Altocumulus clouds exhibit “cumulo” type characteristics (see below) in mid levels, i.e., heap-like clouds with convective elements.  Like cirrocumulus, altocumulus may align in rows or streets of clouds, with cloud axes indicating localized areas of ascending, moist air, and clear zones between rows suggesting locally descending, drier air. Altocumulus clouds with some vertical extent may denote the presence of elevated instability, especially in the morning, which could become boundary-layer based and be released into deep convection during the afternoon or evening.

Low-level clouds:
Low-level clouds are not given a prefix, although their names are derived from “strato-” or “cumulo-“, depending on their characteristics. Low clouds occur below 6500 feet, and normally consist of liquid water droplets or even supercooled droplets, except during cold winter storms when ice crystals (and snow) comprise much of the clouds.
The two main types of low clouds include stratus, which develop horizontally, and cumulus, which develop vertically.
Stratus clouds are uniform and flat, producing a grey layer of cloud cover which may be precipitation-free or may cause periods of light precipitation or drizzle.  Low stratus decks are common in winter in the Ohio Valley, especially behind a storm system when cold, dismal, grey weather can linger for several hours or even a day or two.
Stratocumulus clouds are hybrids of layered stratus and cellular cumulus, i.e., individual cloud elements, characteristic of cumulo type clouds, clumped together in a continuous distribution, characteristic of strato type clouds. Stratocumulus also can be thought of as a layer of cloud clumps with thick and thin areas. These clouds appear frequently in the atmosphere, either ahead of or behind a frontal system.
Nimbostratus clouds are generally thick, dense stratus or stratocumulus clouds producing steady rain or snow .
In contrast to layered, horizontal stratus, cumulus clouds are more cellular (individual) in nature, have flat bottoms and rounded tops, and grow vertically. In fact, their name depends on the degree of vertical development. For instance, scattered cumulus clouds showing little vertical growth on an otherwise sunny day used to be termed “cumulus humilis” or “fair weather cumulus,” although normally they simply are referred to just as cumulus or flat cumulus.
A cumulus cloud that exhibits significant vertical development (but is not yet a thunderstorm) is called cumulus congestus or towering cumulus. If enough atmospheric instability, moisture, and lift are present, then strong updrafts can develop in the cumulus cloud leading to a mature, deep cumulonimbus cloud, i.e., a thunderstorm producing heavy rain. In addition, cloud electrification occurs within cumulonimbus clouds due to many collisions between charged water droplet, graupel (ice-water mix), and ice crystal particles, resulting in lightning and thunder.

ESSAY: Write an essay about how weather determines social activities in different countries.

LETTER: Write a letter to a friend telling them when would be the best time to visit based on the weather.

REPORT: Write a report on tourism based on the weather.

REVIEW: You have just read an article about how weather conditions are changing due to global warming. Write a review.

PROPOSAL: Write a proposal for the reassignment of the months into the four seasons. 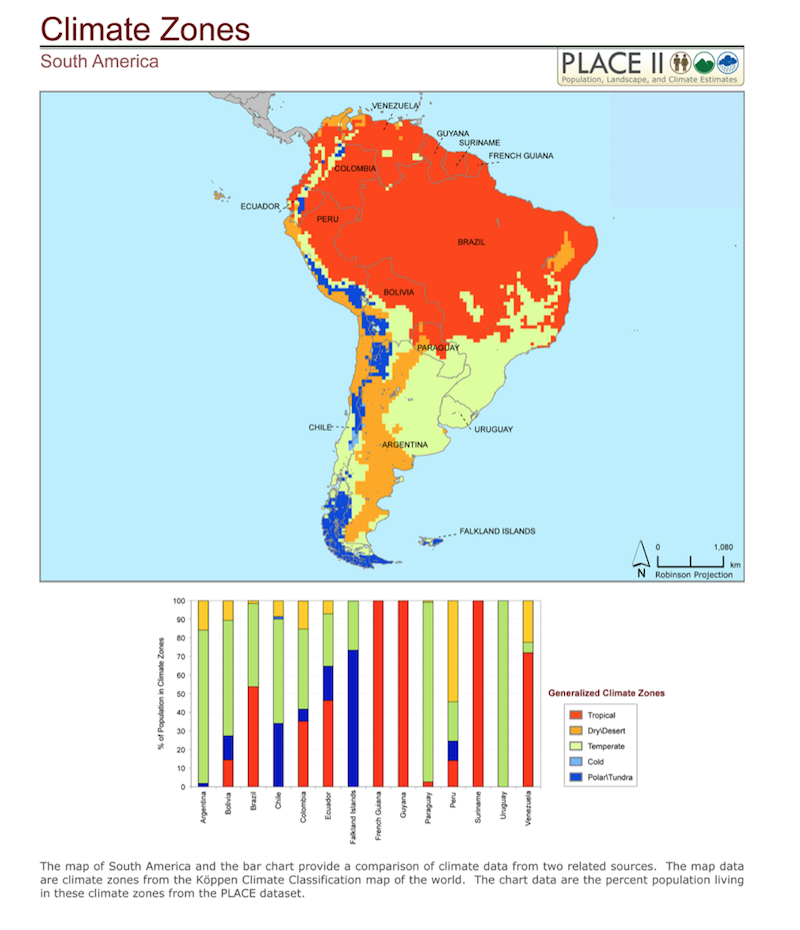