This English Lesson 29 is focusing on the Past simple.

Past simple of to have is irregular. Let’s see how to form positive, negative, and interrogative statements!

Positive form of “to have”

Negative form of “to have”

The past simple of to have is 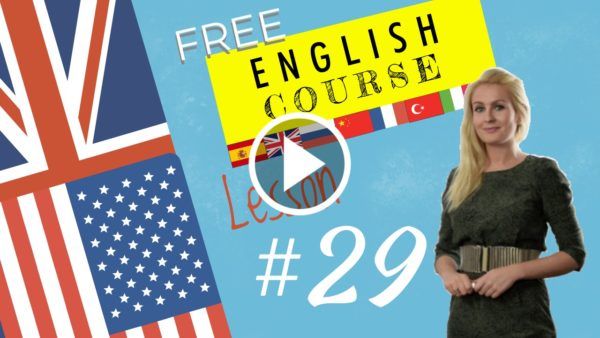 Peter pays a compliment. That is very good Jeanne. When I was at school we had lessons in pronunciation.

We had to learn a poem and we had to say it in front of the class. English pronunciation is difficult even for the English

There are lots of sounds in English that do not exist in other languages. I had problems with the “TH” sound.

In fact, I had to go on Saturday mornings to have lessons. Sara has very good pronunciation,

I bet you had no problems when you were young. You’re right I had no difficulty. I had a very good upbringing.

My elder sister had elocution lessons. She had the patience to teach me. I was lucky.

So remember Jeanne, English is not phonetic. Excuse me what is phonetic again? Can you explain me?

You mean can I explain, to you. You do not want me to explain what you do or why you do it.

You want me to explain to you “what is phonetics”.

Phonetics is when there is a direct correspondence between symbols (letters) and sounds.

In English, the same letters can have different sounds. For example: Though, Tough, Through, Thought.

Their spelling is similar but they sound very different. English is not phonetic.

English Vocabulary with the past simple of to have. 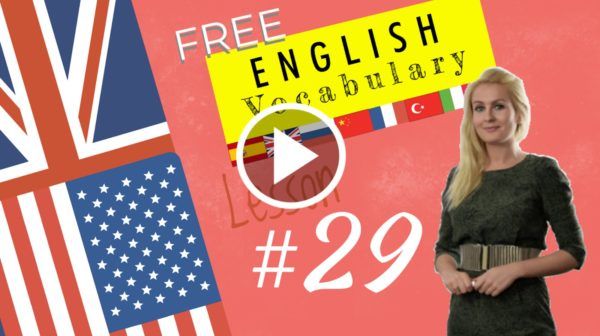 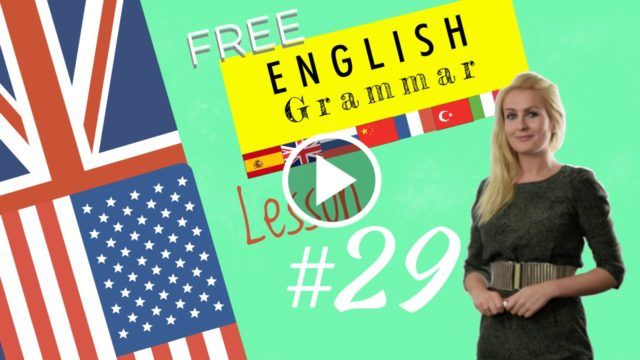 Past simple of “to have”.

Past simple of to have is irregular. Let’s see how to form positive, negative, and interrogative statements!

Positive form of “to have”

Negative form of “to have”

Interrogative form of “to have”

When to use “to have” in the simple past? More examples

1/ completed actions – when it is over

The kids had an early night last night.

I had a nice lunch break.

2/ when I focus on the duration of an action:

They had a two-hour power cut.

He had a headache for 2 hours.

3/ when an action has happened once,  never or several times in the past:

I had a headache every time.

They had homework every week.

4/ for a series of actions in the past:

We bought groceries. We cooked. We ate.

5/ for facts or generalisations in the past:

For a twelve-year-old he had a large vocabulary.

These criminals had troubled backgrounds.

Signal words / adverbs of time that go with this tense:

when he was a teenager

when I had a cat 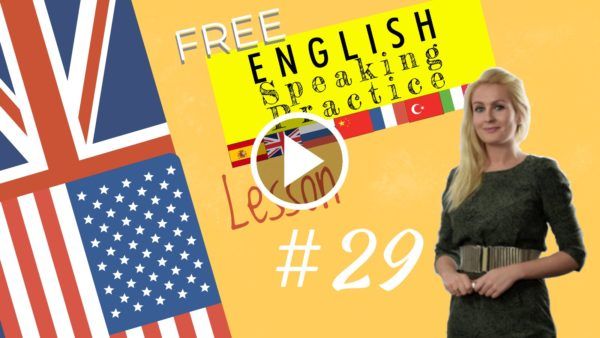 Last year, did you have the flu?

Yes I had the flu last year.

Did you have your exam last week?

Yes, I had my exam last week.

Did he have a large vocabulary?

Yes, he had a large vocabulary for a 10 year old.

Did you have any difficulty with the journey?

No, I had a good journey.

Why did you learn the poem?

I had to learn the poem at school.

Did you have any problems learning the poem?

Yes, I had a few problems, it was very long.

Was she a good teacher?

Yes, because she had patience.

Can you pronounce though?

No, I cannot pronounce though.

Did you talk to your cousin?

Yes, I had a talk with her this morning.

Yes she had lessons. 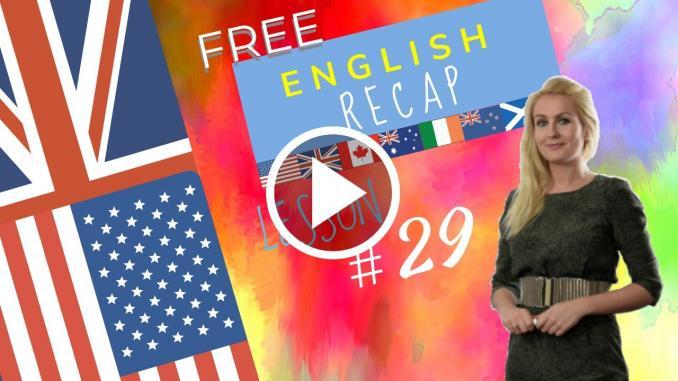 This is already the penultimate lesson of level A2.

We’re almost at the end of this course! I hope you’ve learned a lot!

Today what I’d like to do is just the vocabulary of today’s dialogue together for pronunciation practice.

Then what we could do is just a bit more phonetic transcription together.

If at this point you are slightly more interested in IPA (the international
phonetic alphabet),

I will point you towards the videos that I have already made and that will teach you everything you need to know in about 10 videos (I think I made about 10 videos).

So if at this point you feel comfortable transcribing,

just so as to remember the correct pronunciation of words,

then I highly recommend you take a
look!

So we’re going to play with that with a few difficult words which seem very alike when written but when pronounced are very very different.

So we’re going to do that! And then we’ll do a grammar review, as usual, just to run
through your grammar point of the day

which happens to be the verb “to have” in
the simple past or past simple.

So let’s get started!

Let’s start off with the vocabulary list which I’ve taken from today’s dialogue.

So just repeat after me or take notes or try and transcribe the word phonetically.

I’m sure that at this point you’ve developed your own strategies or techniques.

Do as you wish but I always recommend if you still haven’t embraced this habit of mine which is to transcribe words phonetically, please give it a go!

I know that it can sometimes be confusing because then you’re tempted to write the word phonetically and no longer how it is supposed to be spelt.

I know that it can be confusing but long term you will see the benefits!

Let’s start off with the word “to deserve”

Here you will see the phonetic transcription.

Here you can say “to explain something”

“I’m going to explain this to someone”

There’s someone involved in that sentence: you have to add the
preposition.

This common mistake has been highlighted in the dialogue.

One of the characters actually makes that mistake and gets corrected.

Please practise that! Make some sentences, write them down.

Could you explain that to me?

Could you explain this to me?

Could you explain this grammar point to me?

He explained that to him. And so on…

But it’s a mistake that we hear a lot. So do try and avoid it.

Before we move on to pronunciation,
I would like to incorporate a new element in today’s recap, which is the
word “homophone”. It has two pronunciations.

But they can have a very different spelling or a different origin.

And they generally have a different meaning.

Today’s lesson comprises one word which is “patience” – “to have patience”.

Are you a patient person?

I’m bringing this up because sometimes I use the dictation on my computer, the auto dictate and it gets confused with this kind of word.

For example “patience” sounds exactly the same as “patient” in plural form (“patients”).

We’re going to run through a list of
homophones together now.

and how many of them can be confusing when writing because they sound exactly the same.

The first word we have seen is “ad” (an advert, an advertisement) can be
confused with the verb “to add”.

The preposition “for” can be very easily
confused when writing with the number “four”.

We have seen the verb “to eat” in past simple (“ate”) which is easily
confused with “eight” (the number).

We have seen the verb “to buy” which is
easily confused with two other words: “by” ( preposition) and “bye” (Goodbye).

The personal pronoun subject “I” can easily be confused with “eye”.

The verb “to know” is easily confused with “no”.

The word “right” you can confuse with “to write”.

If at this point in this exercise you’re not
completely comfortable with spelling words aloud like this, I recommend that
you go over the alphabet.

I think that the confusing letters
for people are still the vowels (a, e, i, o, u)

This may seem childish but what
you can start off by doing is just reading the alphabet out loud, just
practising them. Then spell your name.

I think that’s so important.

I know that those are the things that we take for granted.

It’s a good way of reviewing spelling and punctuation.

Just make sure that you know all the letters of the alphabet because at this point you should know it!

I know it’s not something that we focused on particularly

Do spend some extra time working on that by yourself.

Let’s carry on now with the list of
commonly confused words, just because they sound the same.

Let’s look at some more! This one I already pointed out once but I actually didn’t tell you that they were called “homophones”.

We saw this before:

Those three words are quite common.

I think that even English people misspell them when texting in haste or writing a comment under a video when they’re focusing more on the content.

We have some more examples:

Don’t confuse them all!

This one we’ve seen: whose and who’s.

Whose is this? I’m writing down these examples. Please practise them!

There’s another word which I often see
misspelt, once again in comments and so on.

Let’s carry on with more vocabulary which I found in today’s dialogue which funnily
enough is related to pronunciation.

Let’s read these words out loud
together!

Once again choose your favourite.

Now let’s run through these words that look very similar but are pronounced very differently.

I’m going to insist once again on the
phonetic transcription or a variation.

So let’s start off with this word: I’m going to be quite cheeky here. I’m going to let
the word appear, leave a second or two, then I will pronounce the word, and then the phonetic transcription will then appear.

In the United States they pronounce this word: “thorough”.

So some British people and even sometimes myself, we pronounce this word: “thorough” – we’re influenced
by the American culture.

In England we would say ” thorough”. So you can choose how to pronounce it.

I hope you enjoyed this exercise.

It’s quite good fun if you want write them down, mix it up.

First of all of course check the definition so that it’s not just phonetics. Try and link it to the meaning maybe with an illustration, a picture, or just a
definition or even a translation.

I know that we’re at a point now where we can’t just learn words in context.

I do highly encourage you to translate this. What’s this in my language? Okay! Done!

Then you actually memorise it sometimes
quicker. Then use that English word in an English sentence of course.

First of all recognise it, know how it’s pronounced, know the meaning, know its
translation, and then start using it in sentences.

Let’s move on to the grammar review of today which is the verb “to have” in the simple past.

I’m just going to give you a handful of sentences here.

Please complete each sentence with the correct form of “to have” in the simple past which we know is “had”.

So it’s just really to familiarise yourself more with the adverbs or the time expressions which work with the simple past.

It’s not so much for you to learn how to conjugate the verb because as I said before it’s just “HAD”.

So it’s quite straightforward.

Last year I had a long holiday.

We had class together last time.

Last Wednesday I had an English class.

When she was a teenager she had a dog.

Yesterday I had the day off.

That’s it for today guys!

I’ll see you next time in our next recap
video!

I hope you enjoyed today’s lesson!

Please apply all the strategies, all the
tips that I gave you!

I look forward to seeing you seen in our next.