This English lesson 19 is focusing on more prepositions  of time: in, at, on.

This English lesson 19 is focusing on more prepositions like: in, at, on.

Hi students welcome back welcome to lesson 19. Now we started off looking at
prepositions very recently today is about prepositions of time: In,
At, On. So these are very commonly used prepositions we’re going to look
at, when to use them. So first of all you will start off with a dialogue which
just incorporates different examples of in, at, on, then we’re going to look at the
vocabulary to focus on pronunciation and the vocabulary of the day. And then
throughout the grammar section of this video you’re going to see more examples.
When exactly do I use: in, at, or on, when talking about time. So the grammar part
will give you even more examples so I recommend that you write them down, that
you make your own sentences. Once again if you want to share your examples your
practice sentences please do not hesitate to do so by writing them in the
comment section below. So just type them up add them to the comments section and
within reason if we try to answer all our comments all our students. So please
do we really like the feedback and your questions. And of course I always give
this piece of advice do use the subtitles turn them on turn them off put
the subtitles in English, put them in your language, go back to English. Really
work on challenging yourself and perfecting your listening comprehension
skills. That’s it for today guys I’m now let you study and I will see you later
in the recap. Bye bye. 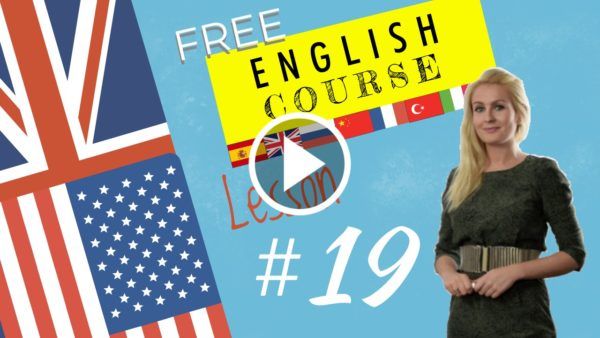 London has some very interesting cinemas. There are films from all over the world showing in Leicester Square.

Peter buys a ticket from the machine. It is quicker than waiting in a queue.

Admission to the cinema is quite expensive, you pay for the film.Then you buy some popcorn. Peter meets an old friend from Work.

Hello David how are you?  What are you doing here?I’m very well.I work here I help run the cinema.

What do you do? I have an internet marketing agency. That’s very different. Not really It’s all the rage.

I suppose so. Especially these days It’s all about selling. What time do you finish work?

I finish at around six o’clock. Why do you ask?

Well, I’m in town for the day and we can have a coffee or a bite to eat.

I am watching a film from France in the original version. Then after we can catch up.

Peter continues his visit to the cinema complex. He wants to see if he can understand without the subtitles..” 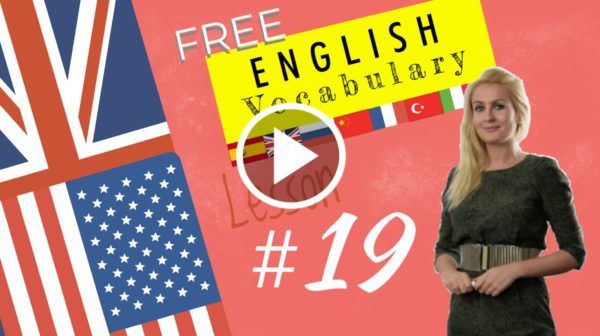 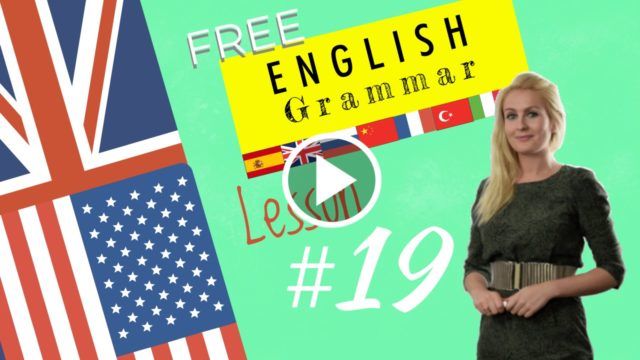 “on” is generally used for:

“at” is generally used for: 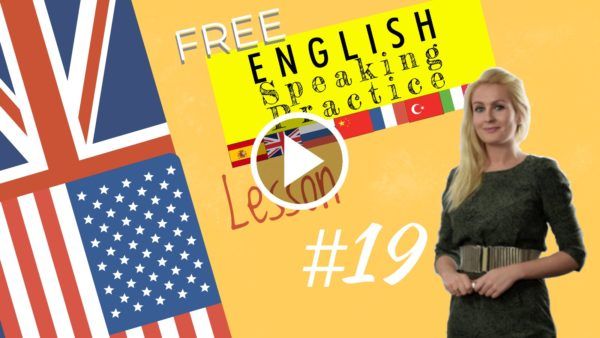 Are there interesting cinemas in London?
I don’t know.

Are there films from all over the world?

There are films from France and from Italy.

Is admission to the cinema cheap?

No, admission to the cinema is expensive.

Can you buy popcorn at the cinema?

Yes, you can buy popcorn at the cinema.

Are they old friends?

Yes, they are old friends.

Is it my birthday?

No, it is your birthday on Monday.

Yes, I suppose so especially at the weekend.

What do you do?

I work in an Internet marketing agency.

What are you watching?

I am at the cinema watching a film.
h2>Lesson 19 recap with Julia 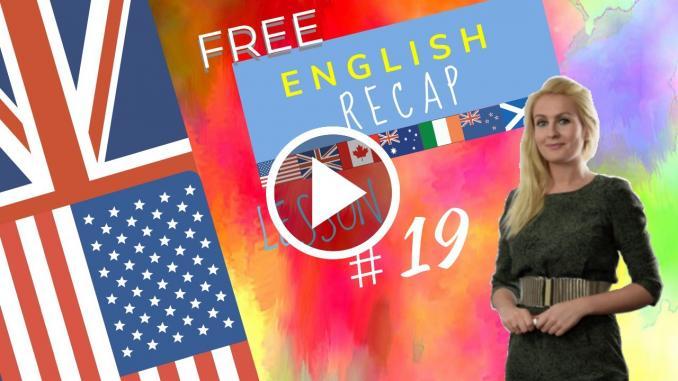 Hi guys! Welcome back! Let’s do a recap together of lesson 19! This is a great lesson for pronunciation! We’re going to look at all the vocabulary referring to cinema and the commonly mispronounced landmarks in London. So I’m going to use this lesson as a pretext to help you learn how to pronounce some famous places in London because at some point you may want to visit London. Many of the famous landmarks or places that you will go or that you will visit are quite difficult to pronounce. I’d like to focus on that today also so there’s a cultural aspect in today’s video. At the end we will review some of the prepositions of time (in, at, on) which you will have also discovered through the grammar video of today’s lesson.

“I’m going to the cinema”

but the American version – American English

(That is something, once again, if there is a difference to be highlighted, I will introduce it in the recap video)

I, as you all know, speak British English but if there is something that is different in American English, I will highlight it and I will tell you so that you can choose:

you can speak American English if you prefer or British English the main difference is with a few spelling changes and there are few words that differ slightly but otherwise we understand each other these aren’t dialects we speak the same language but if there is a difference in pronunciation or a difference in vocabulary, I will tell you.

I go to the movies (American English)

agency – This word isn’t related to movies but I’ve put it in the list because of the sound /dj/. This sound requires a little extra work.

agency – Repeat after me: “agency” is like the word we just saw before “original”: /dj/ original

The Prepositions of time :

all around the world

Let’s look at London landmarks or famous places that people generally mispronounce the pretext today is:

Leicester Square is the landmark that appears in the dialogue and now I’m going to give you several others we’re not going to see them all because I know that there are many more so this is something that you will see again in a different recap video
we will carry on with this list later on. So for today let’s look at these:

Repeat after me!
Piccadilly Circus

Here we have two possible pronunciations

You can choose! You can say: Greenwich or Greenwich

I mentioned this place in one of our previous videos: Soho

Do watch the video again if it was a little fast-paced.

just like in previous videos for grammar: I don’t go through the whole grammar point with you

you have the grammar video for that

here the preposition would be: IN, AT, ON

See you on Monday!

See you at Christmas!

See you on Christmas Day!

That’s it for today! Thanks for watching this video!

I’ll see you next time! Bye-bye!