At a school reunion

LILY: It is so nice to see you Jamie, I’m glad we’ve got the chance to catch up! What have you been up to?

JAMIE: You too Lily, you’re looking really well. I’m actually working as a production manager for CNN news in New York. I flew back yesterday to come to the reunion and see my family.

LILY: Wow, you’ve certainly come a long way from your council house in Manchester! No wonder you flew back, if I were you, I would want to show off too!

JAMIE: Haha, yes. The thing is, I was bullied throughout high school and I did want to come back here with my head held high, showing that gang that those days are far behind me and I am now very successful.

LILY: I don’t blame you! I remember how much those boys used to pick on you, but look at you now hey! You’ve got the world at your feet, whereas high school was probably the happiest time of their lives, which I find very sad. It just shows you that high school isn’t everything, they are jobless and miserable now while you’re living the high life.

At a weight loss club

JANET: Wow, Karen.. you lost 3lbs this week. That’s fantastic! How did you manage that?

KAREN: I’ve cut down on carbohydrates and still haven’t had my treat meal yet this week. Tonight I’m definitely going to reward myself with a chinese takeaway, I’m drooling just thinking about it!

JANET: You deserve it! Sadly, I’ve put on 1lb this week. I’m not too bothered because I was at a wedding at the weekend so I wasn’t going to deprive myself when there was so much alcohol and delicious food up for grabs. I need to get back on track now. You have such good will power, haven’t you? You have lost weight every week now.

Karen: When I put my mind to something, I do tend to have good will power. It’s difficult to stick to the diet when you’re at events because it’s quite anti social to not eat like everybody else. What do you usually eat day to day?

JANET: I usually start off with a bowl of cereal in the morning, then have a banana or an apple as a snack, soup or salad for lunch and then fish or chicken with brown rice and steamed vegetables for dinner. What about you?

KAREN: Basically the same as you! However, I have my bigger meal for lunch because that way, you have more time to digest it. This is one of the biggest tips when it comes to weight loss. And just remember Janet, nothing tastes as good as skinny feels!

GEMMA: It’s true what they say isn’t it Jane, time flies! The wedding is just around the corner now.

JANE: I know Gemma, it seems like it was just yesterday when Kelly and Brad announced their engagement. Now the wedding is only 7 weeks away. So, as you’re the maid of honour, I suppose you have something up your sleeve for the hen night.

GEMMA: Yes, of course. If it were up to me, I would suggest going abroad for the weekend to give Kelly a proper sendoff! But she’s told me that she doesn’t want people forking out too much money and she would be happy with just one night here.

JANE: It would have been fabulous to go on a little holiday but I see where she’s coming from when it comes to the financial side. So, what are you thinking?

GEMMA: Well, I still want to surprise her a little. So why don’t we pretend that we’re just going for dinner and drinks in the city centre but in fact, we’re going for a spa weekend in the countryside. I know that she loves spas and she has only been once in her life.

JANE: Good idea! She deserves to be whisked away, especially because the stress of the wedding seems to have brought her down a little.

GEMMA: I agree completely! I’ll talk to the rest of the girls!

JACK: Oh hey Henry. Not bad, what about you?

HENRY: I’m having a bit of a nightmare to be honest. Everything was going ok but then they released the exam timetable. I’m annoyed because I only have three exams, but these are all on consecutive days at the very start of the exam period. Have you seen yours?

JACK: Oh no, that’s awful. You take 2 of the same modules as me, right? ‘Language and gender’ and ‘Historical English syntax’, what days are those exams on?

JACK: That’s such a shame, they are my only 2 exams because all the other modules I have done have been coursework based. We’re going to be driving ourselves crazy from now until then, and then we’ll have the rest of the exam period completely free.

HENRY: I know, I wanted to have a word with the course convenor, but I don’t think anything can be done now that all the exams have already been scheduled. It is frustrating but I suppose we just have to look on the bright side and appreciate that we will have a longer summer.

GILL: Ashleigh, what do you think of this dress? My nephew’s christening is next week and I still haven’t bought anything.

ASHLEIGH: That’s lovely. I think it would be perfect for a christening because it’s quite elegant. Also, the peach colour is great for summer.

ASHLEIGH: I like that blouse over there. The trouble is, it’s black. I have too many black clothes and summer is coming so I should really buy something brighter. Do you see anything that you think would suit me?

GILL: What about that orange dress? The neckline is beautiful and it looks like a really flattering shape. I bet that would look good on you, why don’t you give it a go?

ASHLEIGH: It’s really unusual. I usually go for plain things, but I should try something different. Anyway, it won’t hurt to try it on. Let’s head over to the fitting rooms.

Two men talking about what film to watch at the cinema.

BEN: So Kyle, I’ve had a look at what is on tonight and there’s two films that take my fancy.

KYLE: Cool, which ones are they?

BEN: So, there is “Dallas Buyers Club” and “The Grand Budapest Hotel”.

KYLE: Oh yeah, I’ve heard of “Dallas Buyers Club” because both of the actors won oscars for their roles .in that film. What is “The Grand Budapest Hotel” about?

BEN: I think the clue is in the title, it’s about a big hotel!

KYLE: Yes but what genre is it?

BEN: I think it’s a comedy. I don’t mind either film so which do you fancy?

KYLE: I’ve had a bit of a tough week, lots of things are getting on top of me in my job. Personally, I’d rather watch the comedy film because I think I need something light-hearted to take my mind off things.

BEN: Ok mate no problem. I’ve heard “Dallas Buyers Club” has a good storyline, but it’s about AIDS so I imagine it’s quite intense. I’ll book tickets for the other film online now.

A patient and a doctor having a discussion.

DOCTOR: Hi Phil, what seems to be the problem?

PHIL: My throat is in agony Doctor. I haven’t been able to eat solid foods for the past few days. I’m struggling enough as it is with liquids because it hurts so much to swallow.

DOCTOR: Ok Phil. Well I’m just having a flick through your records here and I can see that this is your third time in two months that you have been suffering with this problem. We can assume you have tonsillitis again.

PHIL: Yes and it’s really starting to get me down now. Last time I was here, Dr Carter told me that if I contracted tonsillitis once more, it would be best to start thinking about getting my tonsils removed.

DOCTOR: I definitely agree with him. Infact, it should have been done sooner. You are 16 and have had tonsillitis at least twice a year for the past 5 or 6 years. How do you feel about getting the procedure done?

PHIL: Well, I don’t like the idea of being operated on but I know that it will be worth it in the end. Anything is better than the severe pain I am constantly going through.

DOCTOR: Definitely, I will get the receptionist to book you an appointment with the hospital.

A high school teacher talking to a 15-year old student.

TEACHER: Ok Christian, do you understand why I have asked you to come to detention today?

TEACHER: Well, first of all; you were chewing gum in class, which you know is against the rules. Secondly, you wouldn’t stop talking when I was talking and last but not least, you made a very nasty comment to one of your peers. Do you not remember any of this?

STUDENT: But I wasn’t the only one talking. No matter what I do, you always pick on me.

TEACHER: Don’t be ridiculous Christian. If you remember correctly, I told the other boys off for talking too. I gave them a warning but it was you and only you that called Billy a nasty name, so it is you and only you who I have asked to come to detention.

STUDENT: Whatever. How long do I have to stay?

TEACHER: Well, I’ve got all night. So you have to stay until you have accepted responsibility for your actions and dropped the bad attitude. I thought we were over all of this nonsense Christian, for the past few months you have been working really hard and we haven’t had any problems. Is everything ok at home?

STUDENT: Yeah, everything is fine. I didn’t even do anything wrong today. It wasn’t my fault.

TEACHER: It strikes me as a real shame that you are acting like this again Christian. Your exams are coming up so now is the time to focus. You have such potential. I’m going to make a phonecall to your parents and we’re all going to discuss this together. 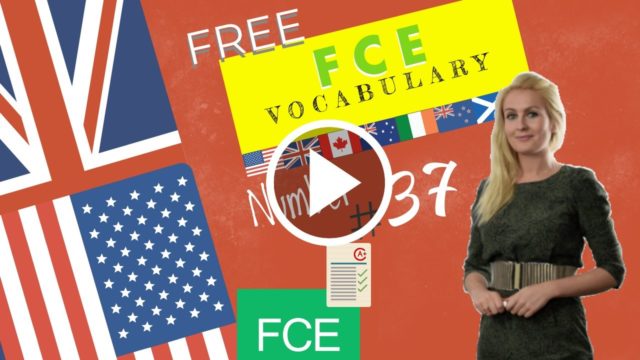 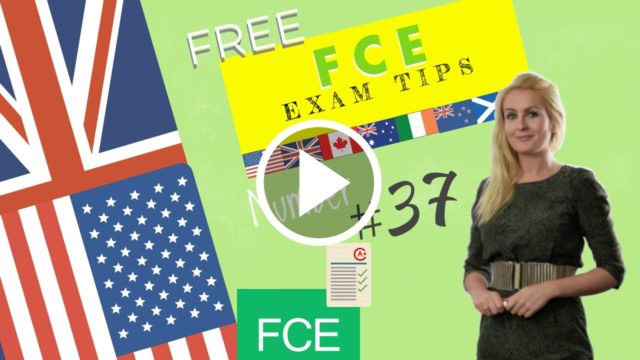 Taking b2 first test notes is a skill that you will already have developed at school, at work, and/or at university. Let’s go over the basics together so that you can apply them during your preparation of the FCE, but also on the day of the exam.

First Reading and Use of English b2 first test